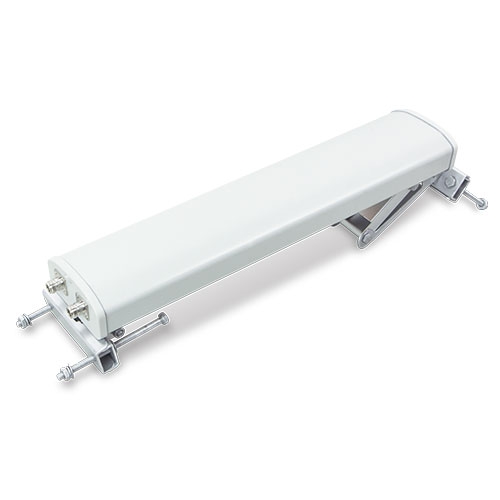 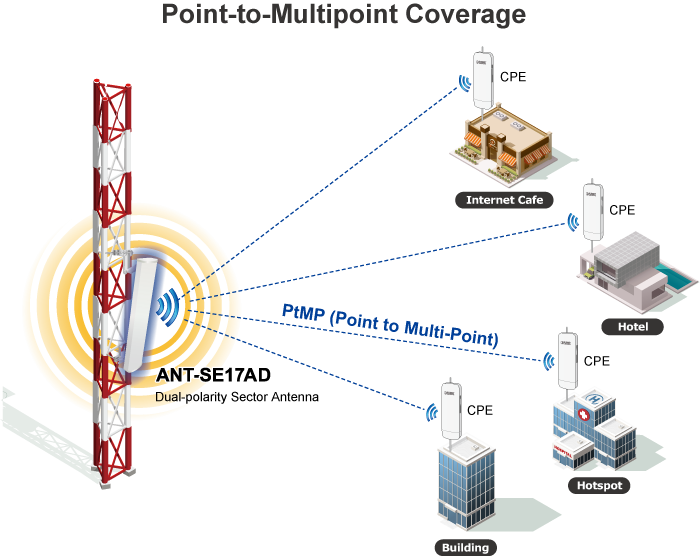 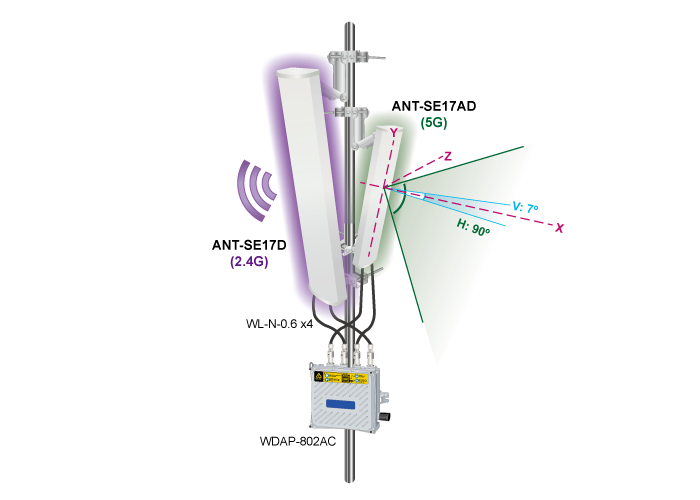 As the ANT-SE17AD can effectively enhance the performance and coverage of the 802.11ac 5GHz environment, it is also quite suitable for outdoor wireless LAN applications, such as point-to-point connection between the warehouses. 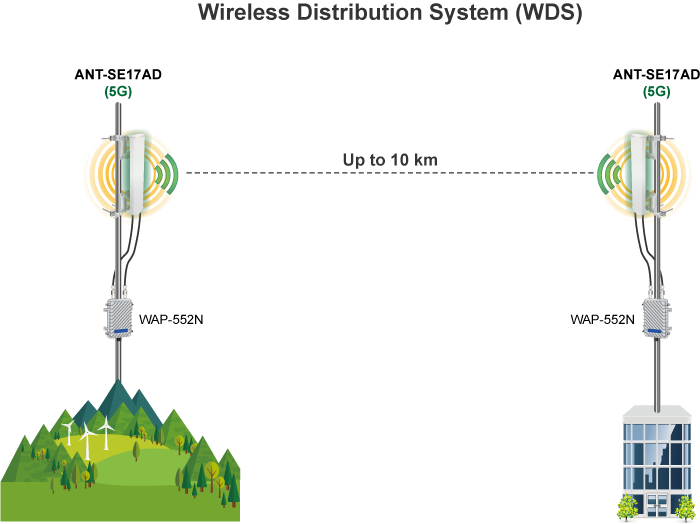 The MIMO sector antenna enables the wireless device to transmit data on one polarization and receive data on the other polarization simultaneously. It thus brings users the advantage of having multithreaded communications with use of only one antenna instead of two independent antennas. 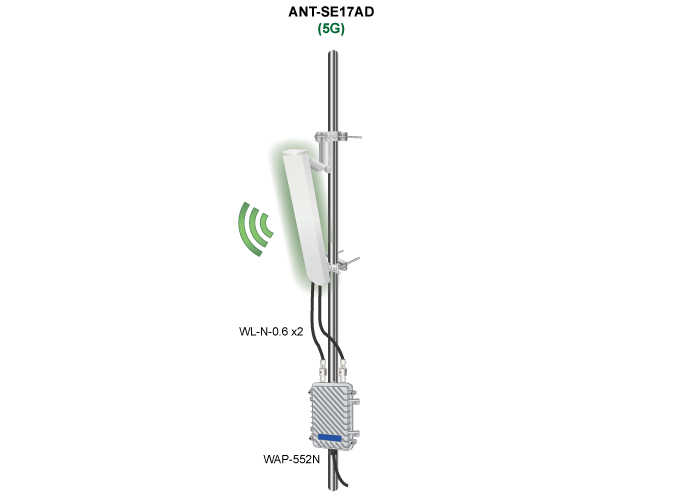 The new MIMO Sector Antenna is housed inside a rugged and weatherproof IP67-rated radome UPVC enclosure, and thus can withstand any harsh weather conditions. They come with adjustable angle brackets for adjusting the coverage angle from 0 to 10 degrees. 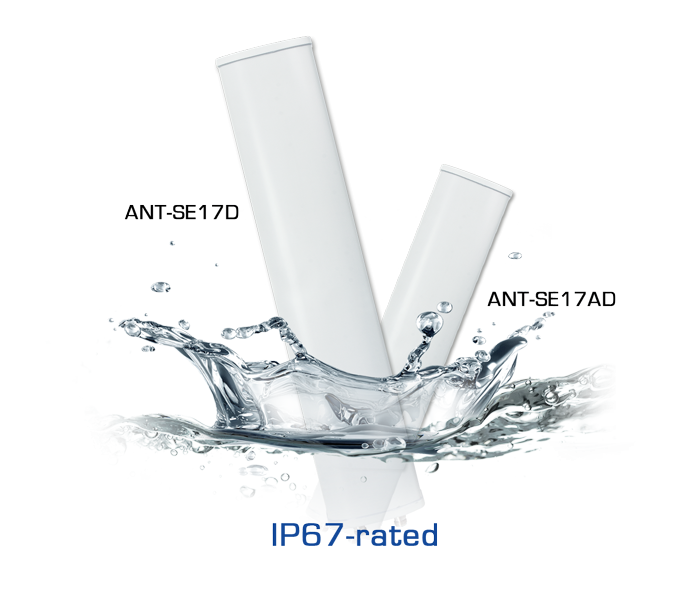 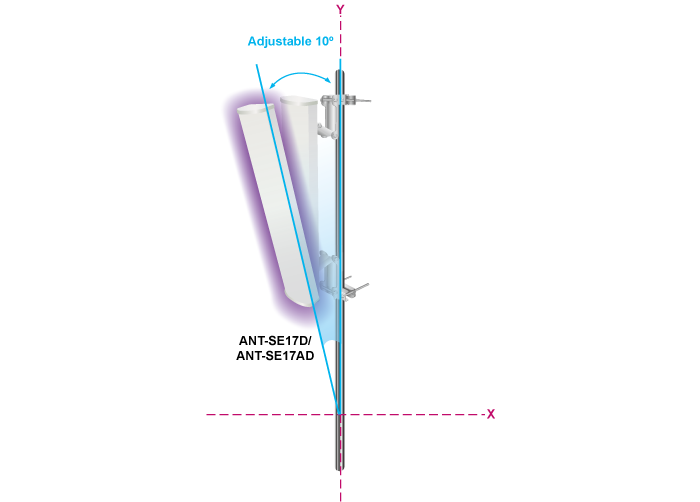 PLANET ANT-SE17AD Outdoor 5GHz 17dBi Dual-Polarity Sector Antenna, with its optimized dimension design, can be flexibly installed in any outdoor wireless environment to meet today’s wireless LAN requirements for full-day operation, such as wide wireless signal coverage, and improved signal strength and quality. The ANT-SE17AD Dual-Polarity Directional Antenna is perfectly helpful for 802.11ac devices in multithreaded communications. This enables the wireless device to transmit data on one polarization and receive data on the other polarization simultaneously for PtMP function. Obviously, all the networking equipment in the wireless network must be multithreading complaint. 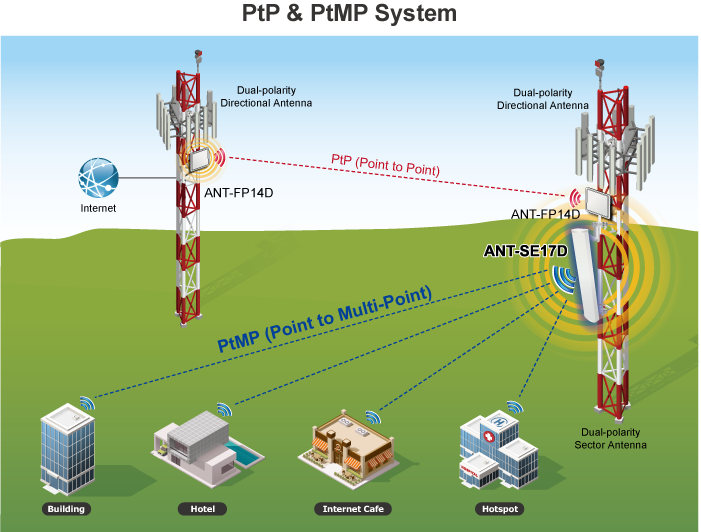 To commit itself to the wireless long-distance connectivity, PLANET Wire-Free system provides a variety of antennas, cables and other accessories for 5GHz ISM band applications where more RF gain power is required to increase the convergence of the installations in the wireless state.