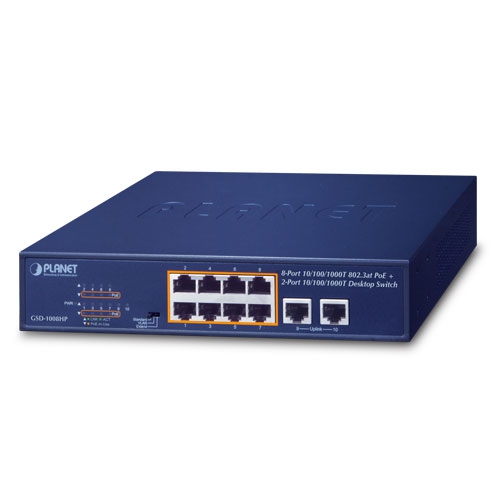 PLANET GSD-1008HP provides eight 10/100/1000T ports featuring 32-watt 802.3at PoE+, a total 120-watt PoE budget and extra two uplink ports to fulfill the demand of sufficient PoE power for HD IP surveillance and Wi-Fi system in a small-scale but high-performance network. With the same desktop-sized and compact metal housing, it makes the placement of the unit convenient and provides a quick and easy PoE PDs deployment with power feeding.

The “VLAN” operation mode features port-based VLAN function that helps to prevent the IP camera’s multicast or broadcast storm from influencing each other.

In the “Extend” operation mode, the GSD-1008HP operates on a per-port basis at 10Mbps duplex operation but supports 20-watt PoE power output over a distance of up to 250 meters overcoming the 100m limit on Ethernet UTP cable. With this brand-new feature, the GSD-1008HP provides an additional solution for 802.3at PoE+ distance extension, thus saving the cost of Ethernet cable installation. Furthermore, its VLAN isolation function isolates each port so as to prevent broadcast storm and defend DHCP spoofing in the “Extend” operation mode. 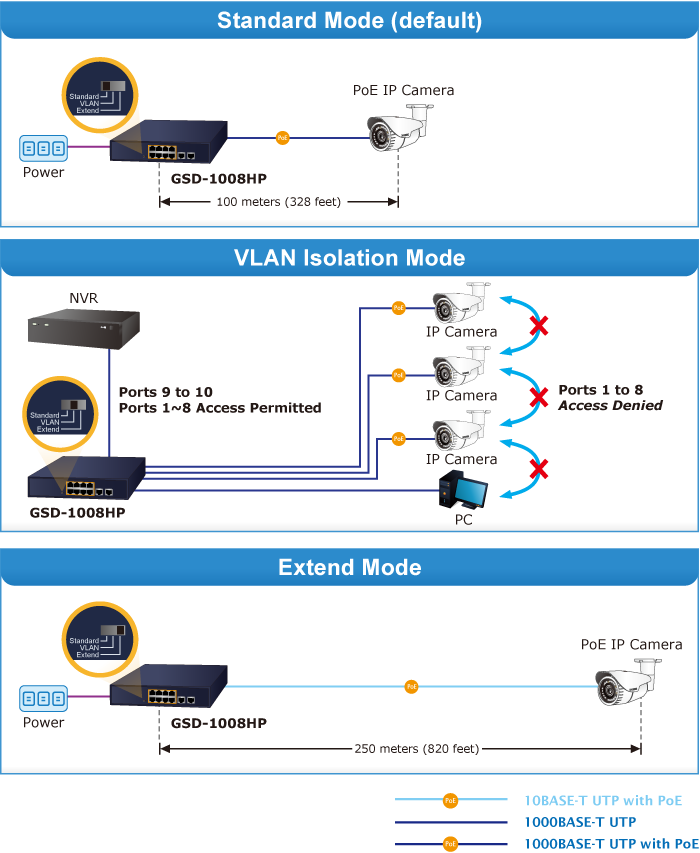 The GSD-1008HP comes with two uplink ports with 1000Mbps transfer rate to ensure high-speed data and video transmission, reliable assurance for connection between the surveillance system and outside network where the eight PoE+ ports can be used to their full potential.

The GSD-1008HP adopts not only Power over Ethernet technology, but also automated PD monitoring and real-time PoE status.

The PD alive check feature is applied in Standard, VLAN and Extend modes. After the PoE of the port is powered on, the device starts to detect whether the port is transmitting data. If the port does not transmit data and the duration exceeds a specific time, PoE will automatically power off and then re-power. It also will greatly enhance the network reliability in that the PoE port will reset the PD power, thus reducing administrator’s management burden.

With data switching and power over Ethernet integrated into one unit, the GSD-1008HP reduces cabling requirements and eliminates the need for dedicated electrical outlets on the wall, ceiling or any unreachable place. A wire that carries both data and power can lower the installation costs, simplify the installation effort and eliminate the need for electricians or extension cords. With 8 PoE interfaces, the GSD-1008HP is ideal for small businesses and workgroups making the deployment of the PoE facility including wireless access points, IP-based surveillance camera and IP phones in any places easier, more efficient and more cost-effective. 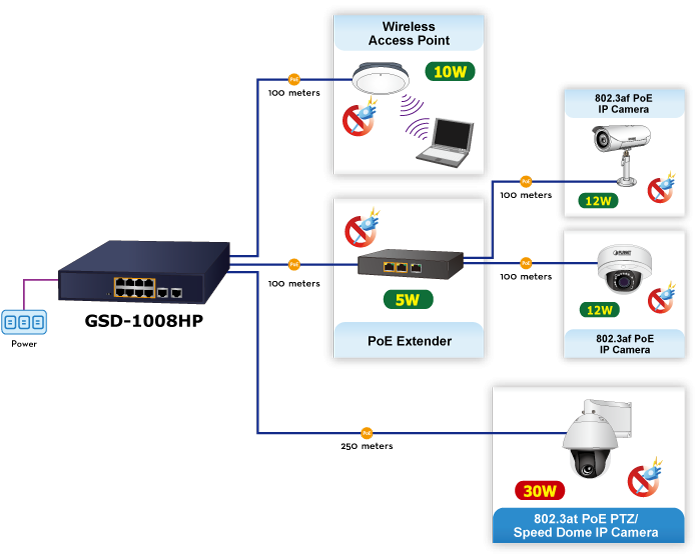 Providing eight 802.3at PoE+ in-line power interfaces, the GSD-1008HP can easily build a power source that centrally controls the enterprises’ IP phone systems, IP camera systems and wireless AP systems. For instance, up to 8 cameras can be installed atthe corners in the company for surveillance demands or up to 8 wireless APs can be built to have a wireless roaming environment in the office. Without the power-socket limitation, the GSD-1008HP makes the installation of cameras or wireless APs easier and more efficient. 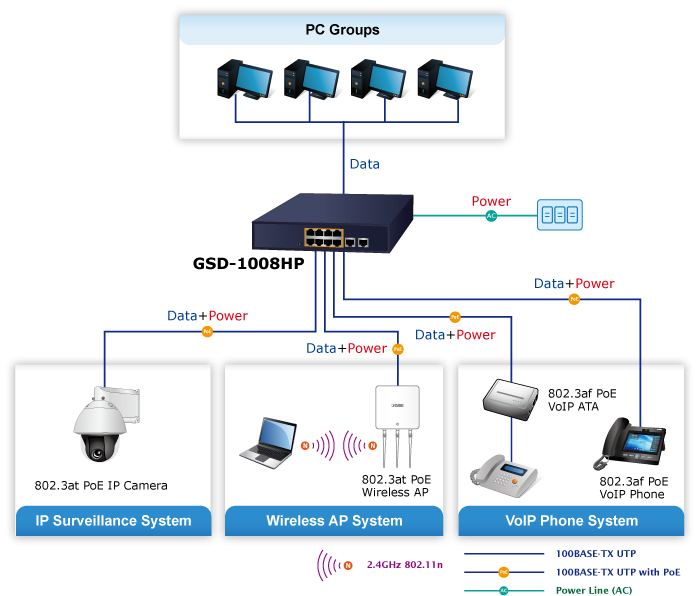 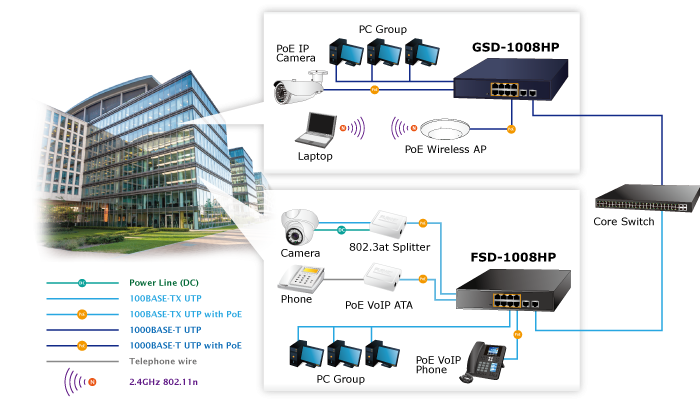